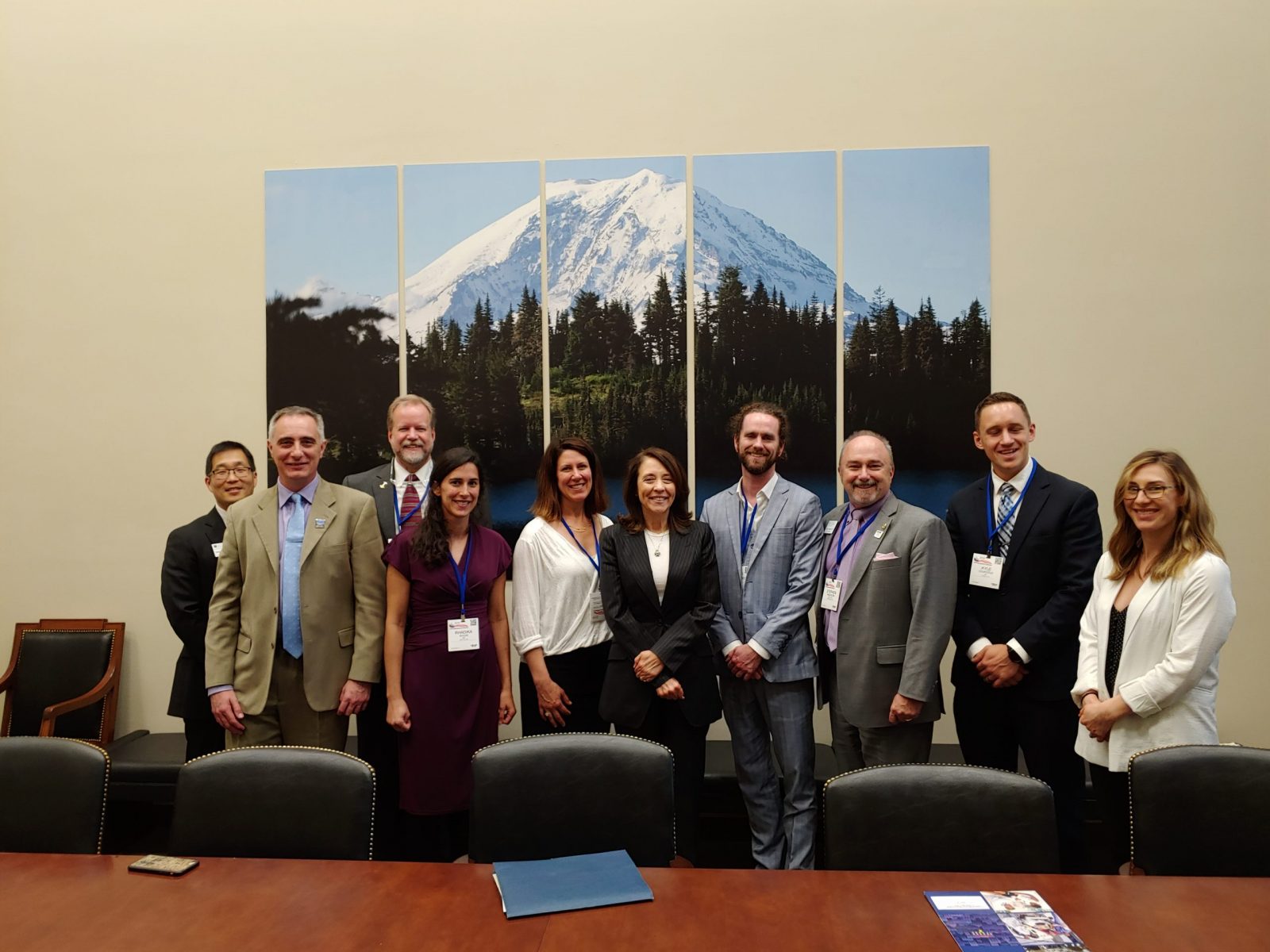 Speaking in general terms, 303 bills passed the Legislature (while the average for a short session is 315).  A key focus was on the supplemental operating budget, since there was approximately $5 billion more in revenue available for possible spending.  One party wanted to give some dollars back to Washingtonians, and the other party wanted to spend that money on programs and projects that in other years may have not been funded to the levels desired.  The latter won.  At the end of the Session (March 10) the Legislature passed a $64.1 billion budget (or $130.9 billion if one were to count federal and other funds).  That is $3.2 billion more that the budget that was passed in 2021 (which I believe is an 8% increase).  $2 billion was transferred to the transportation budget for the start of its $16+ billion 16-year Move Ahead Washington plan.

More specifically, $125 million was dedicated to continuing pandemic response and more than $100 million was appropriated to address behavioral health workforce and other shortages.  Money was made available to increase hospital capacity by facilitating appropriate discharge of patients to long-term care facilities. There was $11 million for opioid epidemic response, including rate increases and harm reduction services.  And of course, the extensive list goes on for there.

There were no tax increases (although there were certainly transportation fee increases, such as license renewals).   There was one last minute “tax relief” bill, SB 5980, which increased the B&O tax filing threshold to $125,000 annually, beginning on or after January 1, 2023.  The Republicans certainly criticized the majority party for not providing any tax relief to Washingtonians, given the high revenue numbers.

SB 5883, not often discussed in depth within the context of emergency medicine, concerns unaccompanied homeless youth’s ability to provide  informed consent for that minor’s own health care.  There are some limits on that, and the bill itself refers to non-emergent care, but may be of interest.

There were three bills of specific interest to WA-ACEP.

(1) SB 5821, introduced at WA-ACEP’s request by Senator Ann Rivers (Vancouver area), creates a study to assess where there may be opportunities for improvement in the state’s response to cardiac and stroke events.  The bill, which unanimously passed health care and fiscal committees, as well as the House and Senate floor, is funded at about $300,000 and directs the Department of Health to conduct a review (and ultimately make recommendations to the Legislature) in certain specific areas including data analyses.  The bill directs the DOH to work with a designated committee of stakeholders  (including WA-ACEP) during the study.  The legislation has now been signed by the governor.

(2) HB 1868, prime-sponsored by virtually the entire Democrat caucus in the House of Representatives, would have imposed rigid hospital staffing ratios (among other specific directives including overtime, meal and rest breaks, and L&I enforcement).  The hotly-contested legislation passed the House with only three Democrats voting no, accompanied all the House Republicans, and passed out of the Senate Health Care Committee.  It ultimately died in the Senate Ways and Means Committee. WA-ACEP chose to join a coalition of other groups, including the WSHA and the WSMA,  which were concerned about hospitals’ probable inability to meet the specified ratios given nurse shortages among other limitations, and the bill’s impact on access to care in emergency rooms and other hospital settings.

(3) HB 1688, was introduced at the request of the Office of the Insurance Commissioner to align state and federal balance billing laws.  It also included provisions clarifying carriers’ network adequacy responsibilities.  As written, the bill was of serious concern to WA-ACEP as well as other health care providers.  While many individuals deserve credit for countless hours of negotiation on the bill, as well as input on ways it could be amended to make it less egregious, Sean Graham, Director of Government Affairs for the WSMA, deserves the most significant credit for bringing the bill to a point where it was generally palatable.   The language of the bill is extremely complex and those who wish to review the details may be best served by using this link (https://lawfilesext.leg.wa.gov/biennium/2021-22/Pdf/Bills/House%20Passed%20Legislature/1688-S2.PL.pdf?q=20220316170323)  to read the specific language of the bill and the extensive staff reports.

The end of Session brought with it the announcements by an unusually large number of legislators of their intentions to NOT run for office again.  It includes the chair of the House Health Care Committee, Rep. Eileen Cody, who will be sorely missed by the house of medicine.  Even on those occasions when we did not agree with her, she was a skilled negotiator and a long-time supporter of nationally recognized quality health care policy.

It is always a pleasure to work for WA-ACEP.   Congratulations on a good, if often challenging, Session!

And I must conclude with strong kudos to your Legislative Chair, Dr. Cameron Buck, who never ceased to respond to many bill drafts, late night emails, and reviews of relevant pending legislation.  He is simply terrific to work with and makes my lobbying not only more productive, but also very enjoyable.  Thank you, Dr. Buck!: